Toledo Museum of Art, repair the damage you have done to the community of artists.

In 2010, perhaps when the museum was between directors, the acting director and Amy Gilman of the museum made a proposal to the Federation, that they would get great jurors with their museum connections and make Toledo artists famous. Maybe not in those exact words, but that’s what the Federation heard. Whatever the exact words were, the museum’s “intention” of commandeering the show was to help the community by making a better Toledo Area Artists show by getting more prestigious jurors, an intention reported in The Blade in 2010 and 2011.

The museum judged it themselves the first year, in 2011, saying that they were introducing the new director, Brian Kennedy, to the community. They used a Mellon Fellow and New York artist and writer Joe Fig the second year. Everything went fine, in fact because of that show, my daughter’s career was launched. (see, Toledo Area Artists Matter)

This year, instead of making the show for the community, the museum extended it to cover a population 15 times greater than the population of the Toledo area. They had their Mellon Fellow, Halona Norton-Westbrook, judge it all by herself. She put in only 11 Toledo area artists, including two museum employees, the husband of a museum employee, one former employee with former contentious museum relationship, the two most recent past presidents of the Federation, the group that had charge of the show when the museum took it over in 2011. Hence, most of the Toledo area artists chosen by the museum were insiders. 17 other artists were from other cities.

The population of Greater Detroit alone is 5 times that of the Toledo metro area. So you can see that a show that was highly competitive in our local area, has become instantly 10-15 times more competitive by adding a 150 mile radius encompassing 4 cities much larger than Toledo, plus several other cities with more advantage than Toledo, such as Ann Arbor and Grand Rapids, Michigan. And why is this good for our community? For countless area artists like my daughter, the odds are they will never have a chance.

Toledo Museum of Art, is it necessary to take our community show away from us to get a grant? Get Fellows at our museum like Adam Weinberg, the current Director of the Whitney Museum of American Art. He was a very charismatic, community oriented Fellow, who worked at the Toledo Museum of Art in the late 1970’s, and I had the honor of working with him when I was a teacher of photography at the museum. Put an incredible, dynamic community-respecting Fellow, like Adam Weinberg, in charge of the TAA show, with supervision, so he gains professional museum experience. Make the jurying process fair again with objective, outside jurors having no connections to the community. The Adam Weinberg-like Fellow can appoint whatever community committee he needs or wants to work with if he thinks it’s helpful. Make it professional, and make it for Toledo area artists, because that is the legacy of Edward Drummond Libbey, and that is the legacy of the Toledo Museum of Art.

Break it off completely with the Federation. Most of the artists groups dropped out of the Federation after the museum took over the show in 2011, leaving mainly universities and college groups. The Federation has no resemblance now to what it was when it was formed. It used to be composed of groups of artists, not schools, and we don’t need to debate to know that educational institutions do not serve the interests of individual artists — they serve their own institutional interests, and so these institutions do not deserve a seat at this table.

For the previous 94 years, the Toledo area artists have been good enough to be in their own namesake Toledo Area Artists art show. Look at what you are doing to our community! Respectfully, please understand that even though some people may appreciate your leadership contributions to our museum, we all know, you are not from around here, and it is likely that your time at the Toledo Museum of Art will be temporary. Don’t mess with our traditions as if they have no value. It’s like poisoning our water and then skedaddling.

The Toledo Museum of Art was voted the most beloved museum by its community recently. People today donate to the Toledo Museum of Art believing in a community memory of a community oriented museum. How can the museum literally nurture so many artists within its mission and its history, then just hang us out to dry, replaced by artists from other cities? Our area has so much potential for the growth of the art economy in this area. We don’t mean Cleveland or Detroit or Columbus, we mean Toledo! Yet the museum is communally dumbing us down by taking this great opportunity away from the majority of Toledo area artists and handing it over to anybody else in the 150 mile radius, for what, for a more impressive population “line item” on a grant application?

Toledo area artists have always been good enough for the show for the past 95 years. This year the museum throws us under the bus. For a shallow, very shallow, empty purpose. As if to say we are not as good artists as other artists living 150 miles away. Reconsider saving the Toledo Area Artists Exhibition for Toledo area artists. It’s good for us, and as you know, as the museum made it its motto, “art matters” to us.

Give us another Adam Weinberg. He would never have thrown Toledo artists under the bus.

From The Toledo Museum of Art’s mission statement:

COMMUNITY RELEVANCE: We will be an integral member of our community and will be responsive to issues of community concern and importance, particularly as they relate to the arts.

VALUES: As individuals, we pledge that our relationships with one another and with our audiences will be governed by: Integrity; Respect; Trust; Cooperation; Positive Approach; and Self-Discipline.

Another suggestion is to make the gallery off of the Community Gallery for Toledo artists, instead of for babies. Up until 1970, Toledo area artists used to get monthly one-person shows. Now they have a gallery for baby art. Literally. (Toledo Area Lil’ Artists Exhibition — gee thanks, TMA, adding insult to injury.) This nicely lit gallery at the back entrance to the museum. For babies? Seriously, you can do better for us, can’t you, Toledo Museum of Art? 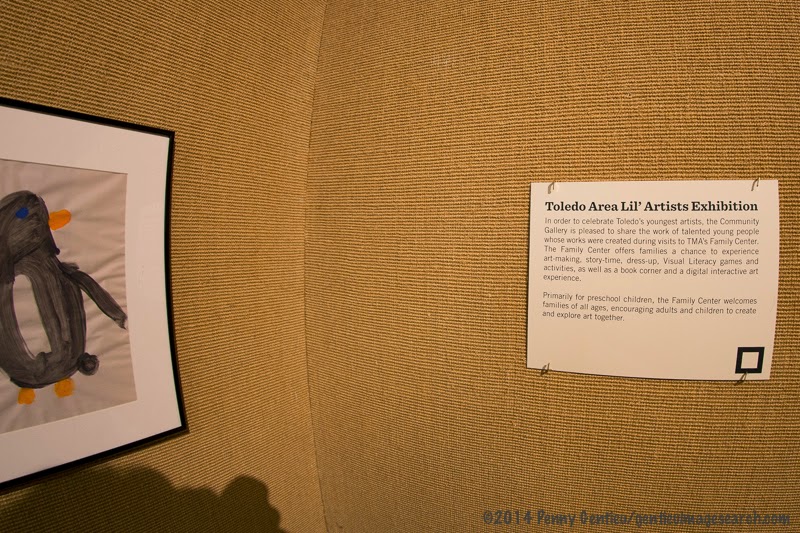 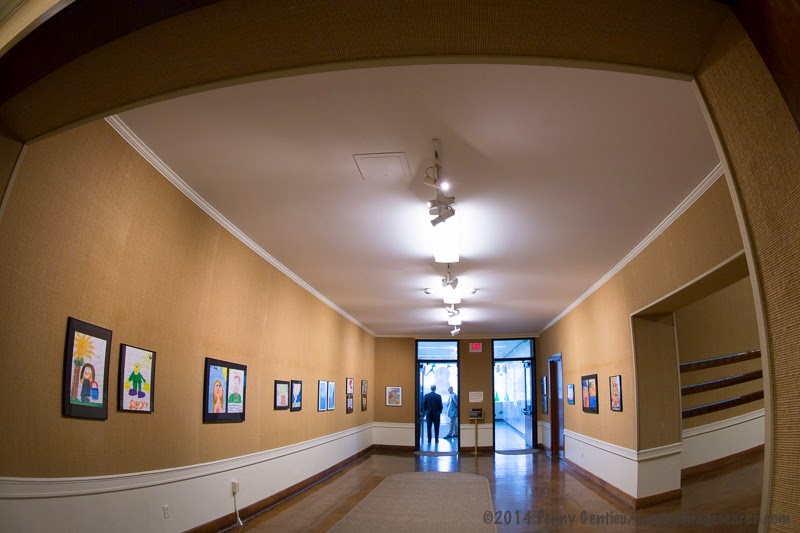 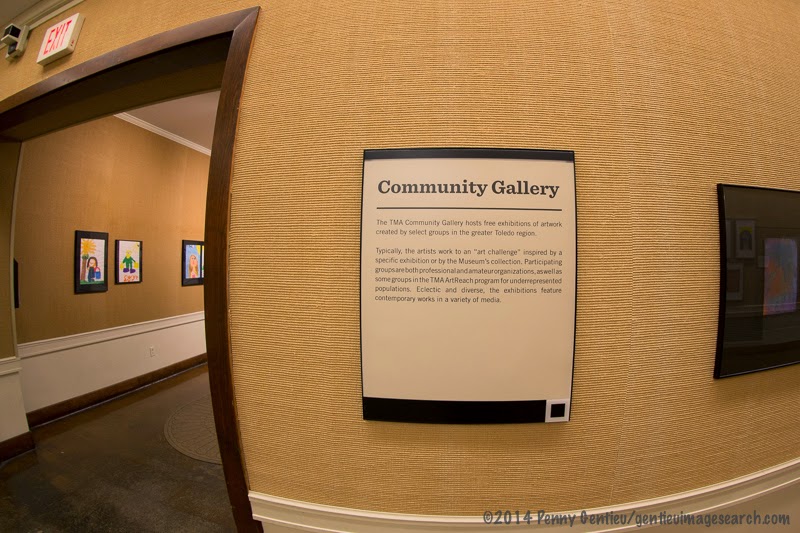